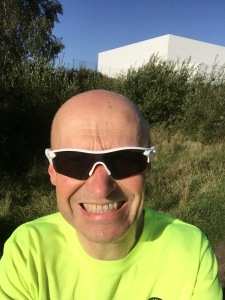 One of the most difficult lessons I have had to learn in all of my running experience is that if I want to get the best out of myself, I have to behave like a proper athlete!  I saw a television programme where Sir Chris Hoy was showing someone what he had to go through over many years to become the best sprint cyclist in the world – it was basically about training sessions full of pain.  Now having to endure the pain I get and many of my running friends would happily put themselves through the pain of hard training because that’s good, isn’t it? (no pain no gain and all that).  The difficult bit is how to regulate it and holding back when that’s the right thing to do.

Holding back is really hard, it was a beatiful day yesterday and I would have loved to have gone running but I know that would have been a stupid thing to do because I had done two running sessions the previous day and my limbs were feeling it a little; it was definately time for a rest.  I got advice from a really good physiotherapist (another thing I have learned to do, start seeing a physio before I get injured) and a great gentle but effective excercise routine to do on days off running.  I think it was listening to the expert and acting on what he said which has kept me clear of injury over the last 12 months.

The great thing is that I have a day off work today and have been for a fantastic 12 mile run in the country after being refreshed by my day off.   I was able to run an off-road route which is one of my favourites, which I missed out on during the period I had my heart problems.  There is a mysterious looking giant white cube stuck in the middle of the countryside (actually its a frozen food depot) and I missed its construction because I wasn’t well enough to use that fairly challenging route. 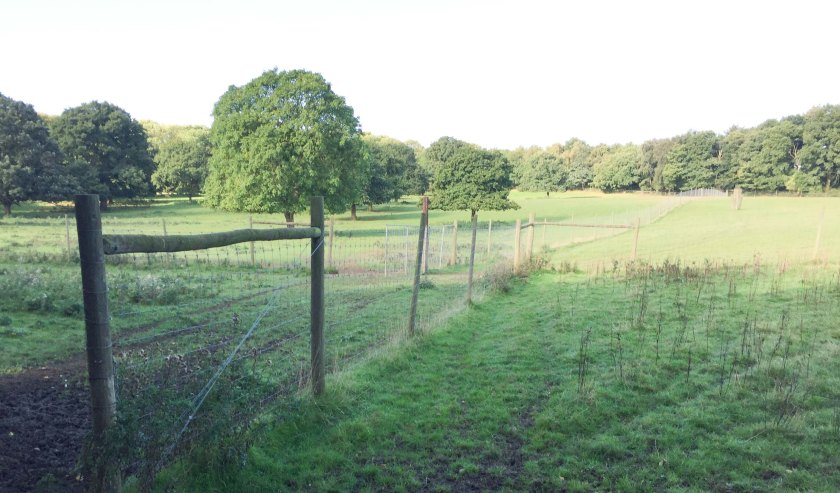 The route also takes in the Methley Deer Park and the trees still look so green.  It will be interesting to see what this looks like in two of three weeks time; I may take another photo from the same spot.

The training ive been doing is really paying off now and I have stopped feeling like i’m running through treacle.   I now need to rest for two days preparing for a 10K race on Sunday (The Sheffield Ten-10-ten), so volunteering at parkrun on Saturday is the order of the day (a great way to have a day off running before  a race).

Way back in the summer I set myself the extreme goal of running 200 miles in a month; something I had never done before.  The result was that I wore myself out by about half way through the second week and felt really bad about it.  The simple rule, I was told, is to step up my running gradually and I had assumed that didn’t apply to me for some reason!  In the words of Star Trek’s Montgomery Scott “I cannae change the laws of physics!” and it’s true I’m not exempt from the rules either!

“For it is not those who hear the law who are righteous in God’s sight, but it is those who obey the law who will be declared righteous.”  Romans 2:13 (NIVUK)