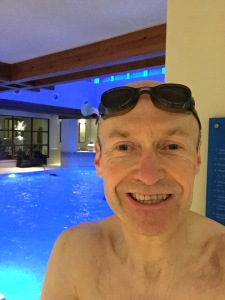 When I went swimming this morning in the nice and warm spa pool, I reflected on the race yesterday and the equally (at least) challenging Chevin Chase which I ran on Boxing day,  which if you recall had rain and floods on almost Biblical porportions.  I would not have believed a few years ago that I could have the sense of adventure to do and even enjoy this sort of thing.   Splashing though muddy puddles and running (or at least trying to run) up impossibly steep and muddy slopes is just something that the average member of the public (including the earlier me), would recoil from!  They don’t understand that adrenaline rush at the beginning and the amazing sense of satisfaction that you get after any gruelling physical challenge.  I am sure the photo taken of my running club friends and I after the race yesterday had broader smiles on than the photo taken at the beginning.  You wouldn’t believe that you could have so much fun while doing yourself so much good both physically and mentally!

Runners (and of course other serious physical sports participants),  you have a lot to be proud of.  You have shaken off the shackles of the modern day sedentary lifestyle and have become lovers of life, living it to the full. To the majority, know that there are very few excuses that stand up, time is often cited as the reason people don’t look after themselves.  I am probably one of the busiest people you know, trust me, if you want to you can. 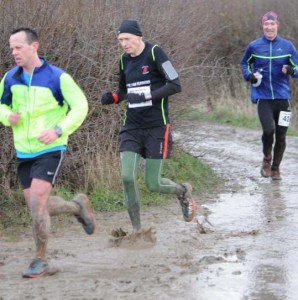